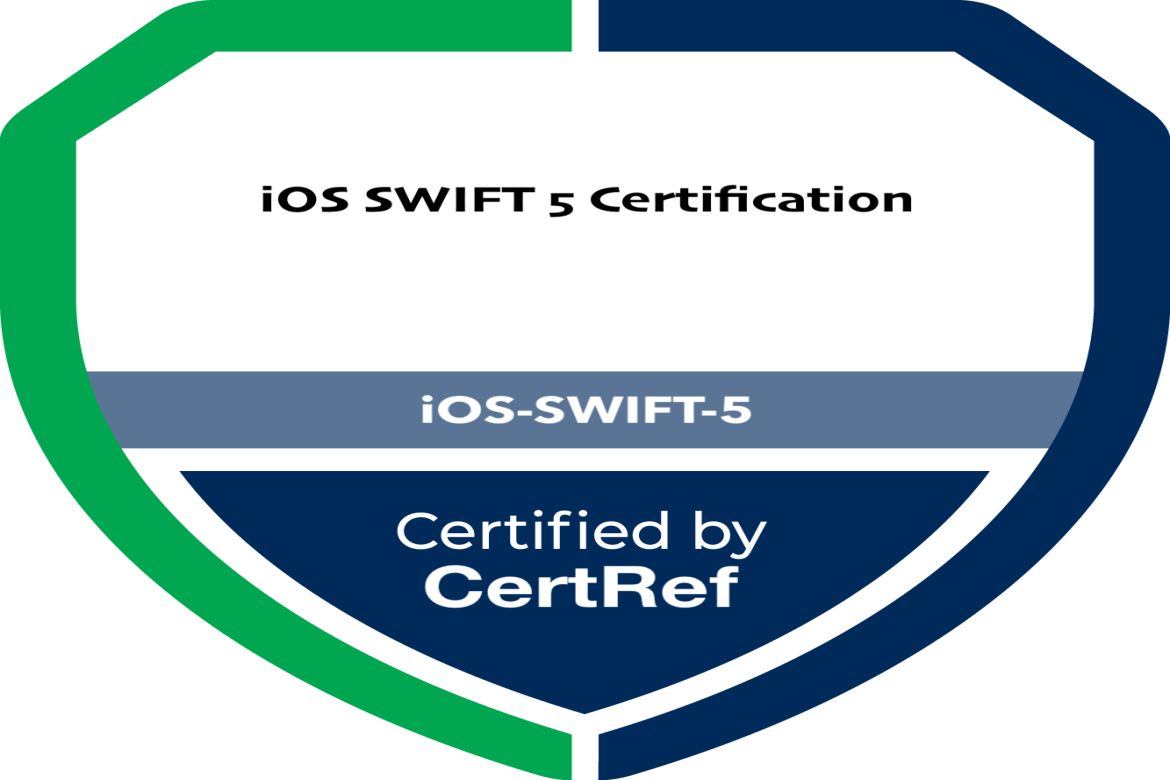 Exam Material
You need to register for free or login to access certification guide and references:

Swift is a fantastic way to write software, whether it’s for phones, desktops, servers, or anything else that runs code. It’s a safe, fast, and interactive programming language that combines the best in modern language thinking with wisdom from the wider Apple engineering culture and the diverse contributions from its open-source community. The compiler is optimized for performance and the language is optimized for development, without compromising on either.

Swift is friendly to new programmers. It’s an industrial-quality programming language that’s as expressive and enjoyable as a scripting language. Writing Swift code in a playground lets you experiment with code and see the results immediately, without the overhead of building and running an app.

Swift code is compiled and optimized to get the most out of modern hardware. The syntax and standard library have been designed based on the guiding principle that the obvious way to write your code should also perform the best. Its combination of safety and speed make Swift an excellent choice for everything from “Hello, world!” to an entire operating system.

Swift combines powerful type inference and pattern matching with a modern, lightweight syntax, allowing complex ideas to be expressed in a clear and concise manner. As a result, code is not just easier to write, but easier to read and maintain as well.

What kind of Swift is used for this exam?

You should assume that all code shown to you is being run in a playground using Swift 5.0 or later. Beyond that, it's all up in the air.

You can expect to see good code, bad code, code that won't even compile, code that works but could have been written better, and more. If you find some code that's hard to read or looks broken, trust me: that's intentional. If it looks broken, it probably is broken, so just answer that it won't compile.